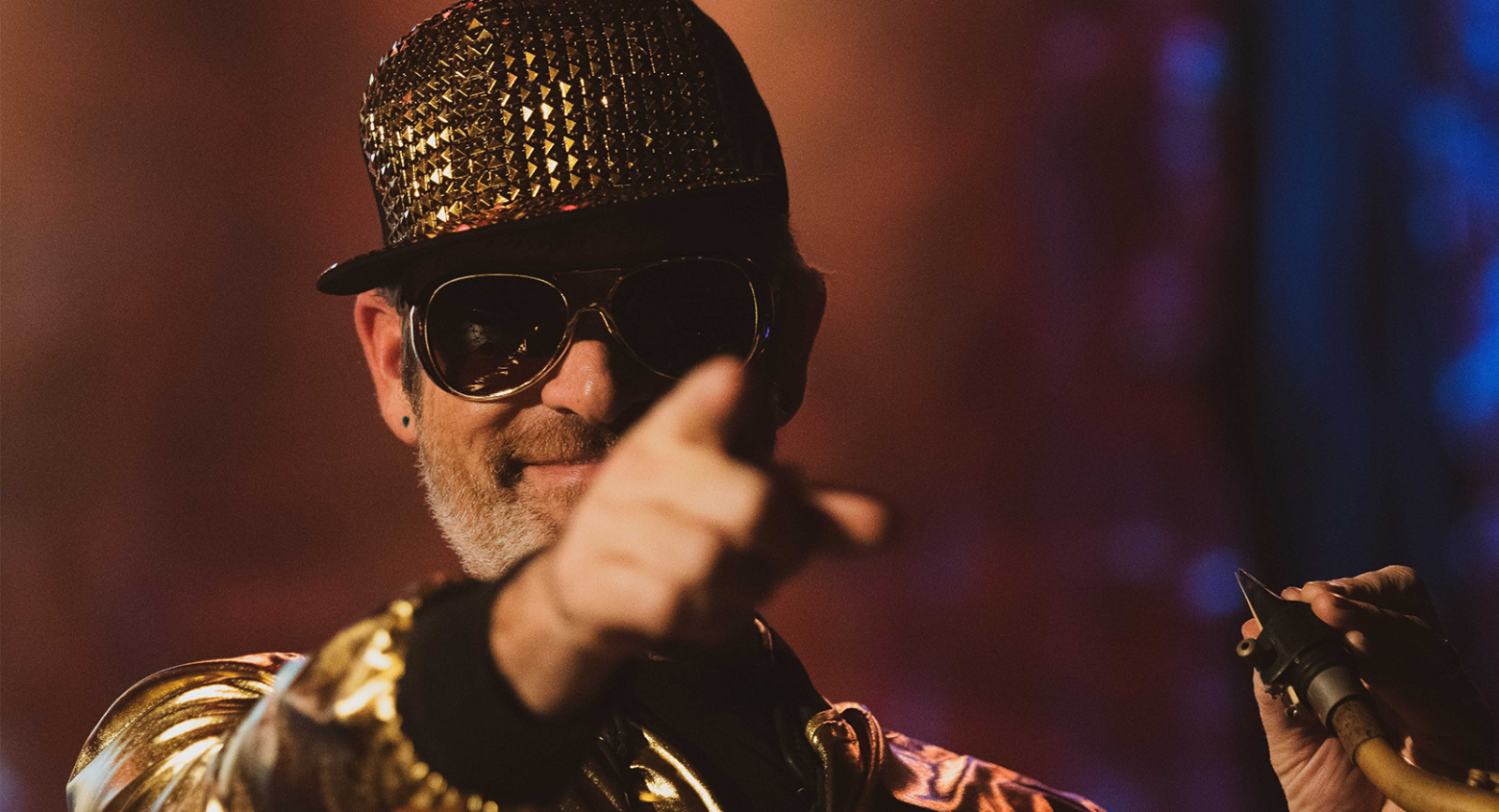 Saxophonist Matt Calkins from Eugene Or, was once described as “what angels sound like when they break dance.” (Serena Markstrom, Register Guard)

Living in Corvallis Or. in the 90’s allowed him to be part of a music scene that wasn’t afraid to be dense, aggressive, and funky. Eventually becoming a member of the nu-jazz, hip hop experiment of Eleven Eyes, and Eugene Or, where he began to explore the use of guitar efx on the horn.

Eugene and Corvallis both offered Matt diverse genres; afrobeat, soul, Reggae, hip hop, garage rock, salsa, a bit of metal, and even a short stint playing and recording with Thomas Mapfumo.  In 2014 Joining Marv Ellis and We Tribe began touring and recording. Their studio release “Five For One”, a boom-Bap, funky, conscious hip hop project was considered “a must collect for all real hip hop heads.” (Doomstwin, underground hip hop blog)

Current projects include Citizens of the Universe(Orig afrobeat, funk classics), Malanga (Latin), and Sage Crow: The Flock, a Eugene collection of wordsmiths and musician’s who’s EP, which is a modern take on Neo Soul and hip hop, will be released spring (2021)