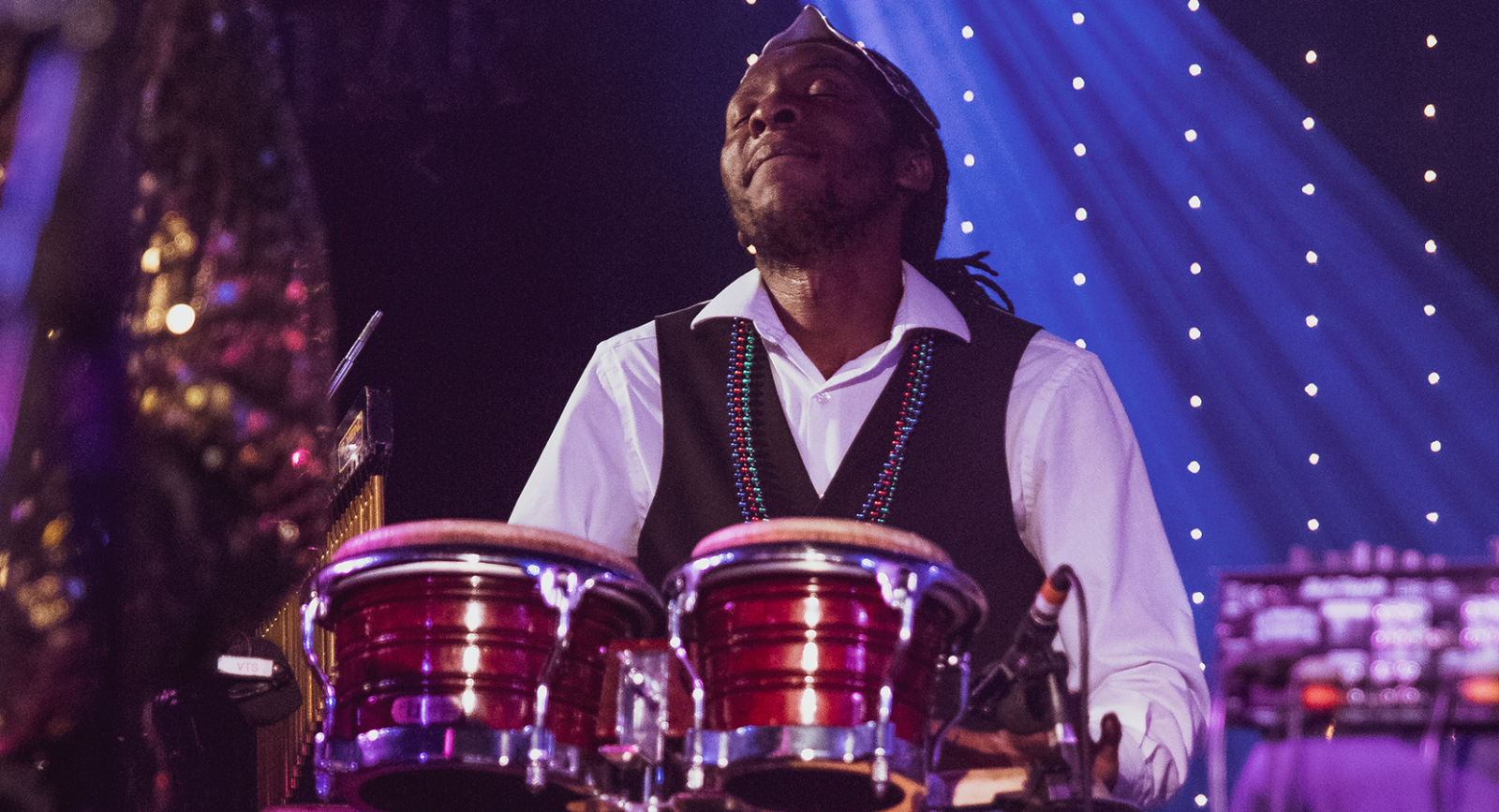 John Mambira is involved in many forms of art – acting, singing, dancing and playing music, from regions of southern Africa including Botswana, Zimbabwe, and South Africa. He has worked with various groups, both amateur and professional, and has taught workshops at many festivals. He is a phenomenal drummer, marimba player, and singer  who has performed with his band, Bongo Love, all over the world, as well as with local groups in Eugene.